In addition to reading books by noted historians on the history of the Civil Rights Movement in Mississippi, students in McComb had the chance to interview the authors of those books in a series of phone meetings and email exchanges. They had lots of questions for the authors/historians as they worked on their mini-documentary on voting rights history.

Emilye Crosby, Judy Richardson, and Wesley Hogan. Photo by Rick Reinhard from presentation about the book “Civil Rights History from the Ground Up: Local Struggles, a National Movement.”

They spoke by phone with Emilye Crosby (Civil Rights History from the Ground Up: Local Struggles, a National Movement), Wesley Hogan (Many Minds, One Heart: SNCC’s Dream for a New America), and Charles Payne (I’ve Got the Light of Freedom). Judy Richardson (Hands on the Freedom Plow) provided feedback on their first film, drawing on her own experience as an author, filmmaker (Eyes on the Prize, Orangeburg Massacre, and more), and as a SNCC veteran.

The questions fell into two categories. On one hand, the students were grappling with the history of the voting rights struggle in Mississippi and in particular in Pike County. What were the turning points? Why did changes occur in the early 1960s and not before, even though people had struggled for voting rights for decades? What choices did they face? In addition, since the students were trying to make their own tough decisions about what portion of the story to tell in a 10-minute mini-documentary, they asked how the authors chose the stories to include in their respective books and what guided their decision about how to organize the stories. Clearly the students had come to the realization that all historians make choices when writing about or creating a documentary about history. 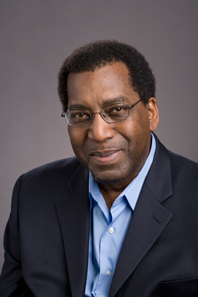 In the fall, Judy Richardson provided feedback on the 2012 film the students made about the Burglund Walkout. Her comments gave the students insights into what worked well and what changes they should consider for their 2013 documentary on voting rights.

In  early December, the students had a phone meeting with Emilye Crosby and Wesley Hogan about the draft storyline for the film. Crosby and Hogan noted that the storyline could fill a three-hour documentary. They asked questions — helping students to narrow and clarify the focus for their 10-minute National History Day entry. On Crosby’s recommendation, the students re-reread chapter four of I’ve Got the Light of Freedom before their phone meeting the following week with Charles Payne. As they read, each student came up with questions about the content and how Payne wrote the book. For example, they asked: How did you conduct your research? How did you get your story to flow? What made you want to tell the story?

When one student asked Payne how he sorted through all the interviews and information he had to write his book, he responded that he chose Ella Baker as his muse. He would ask himself, “How would Ella Baker have told this story?”

Payne noted at the end of the call that the “The students were impressively prepared.”

The students will send their most recent draft of the film for another round of feedback. They have also come to realize that the process of documenting history takes many drafts and consultations.