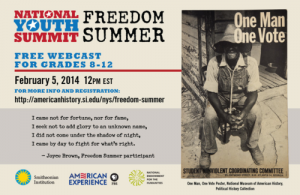 McComb high school student Noah Martin was selected to participate on panel for the national summit for youth about Freedom Summer, hosted by the Smithsonian Institution. He will join noted civil rights activists and historians to talk about the 1964 youth-led effort to end the political disenfranchisement and educational inequality of African Americans and discuss the role of young people in civic engagement. The webcast will be hosted in Jackson, Mississippi on February 5, 2014 and young people from across the country will participate through an online chat. As noted in the press release for the event, “Participating students will be encouraged to think of themselves as makers of history and asked to consider their ability to be active and engaged citizens.” 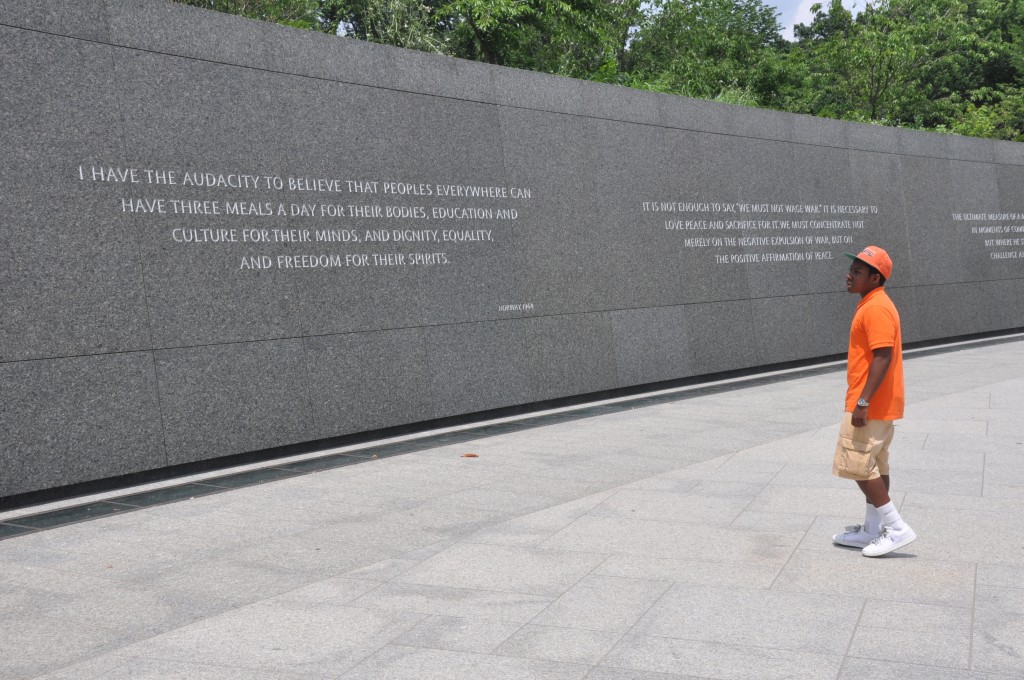 Noah Martin has studied his town’s local history and is bringing it to a national audience. He visited the Dr. King Memorial while in DC for National History Day 2013. Photo by Roy Lewis. 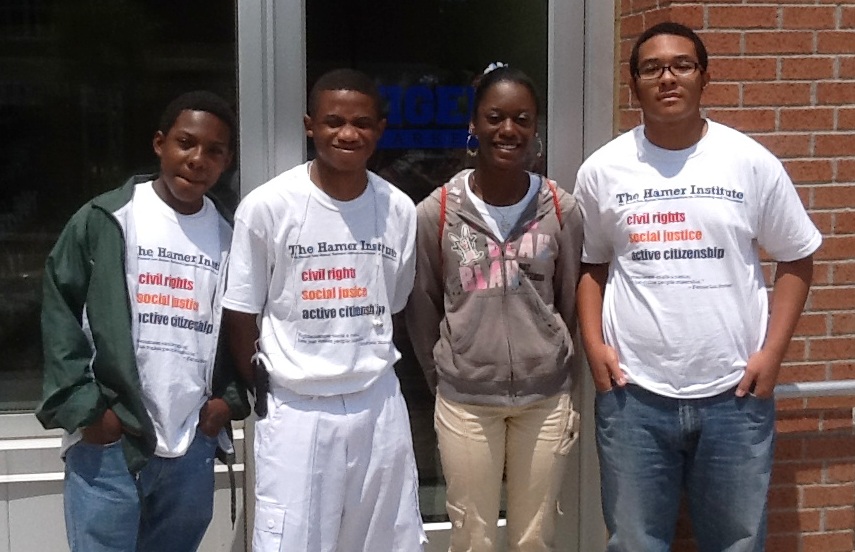 Putting McComb’s History on the Map

Martin was selected due to his own dedication to learning and sharing the civil rights history of Mississippi. His hometown of McComb, Mississippi was central to the Civil Rights Movement, yet is not on the map in most textbooks. Here are just a few key points from McComb’s history: the town played a formative role in the launch of the Student Nonviolent Coordinating Committee (SNCC); in 1961, there was a high school student walkout; and the violent reaction to this fight for democracy led McComb to be known as the church bombing capital of the country.

To learn about this history and develop his youth leadership skills, Martin has participated in youth summer institutes hosted by the Fannie Lou Hamer Institute, the William Winter Institute, and McComb Legacies. He is one of many students who also have the opportunity to learn about local history in two key courses offered by the McComb School District: 8th grade U.S. history taught by Larry Johns and Local Culture taught by Vickie Malone at the high school. 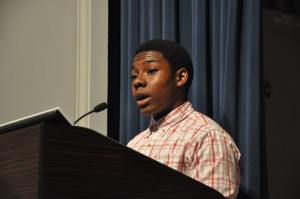 In 9th grade, Martin played Isaiah Montgomery in a student performance entry for the National History Day competition. The play won a Local History Award in Mississippi and qualified for the national competition. While in Washington, D.C. for National History Day, Martin and his classmates presented their work at the African American Civil War Museum. The guests at this special event on June 11, 2014 included SNCC veterans, historians, professors, and community members. (Read more and see photos here.) 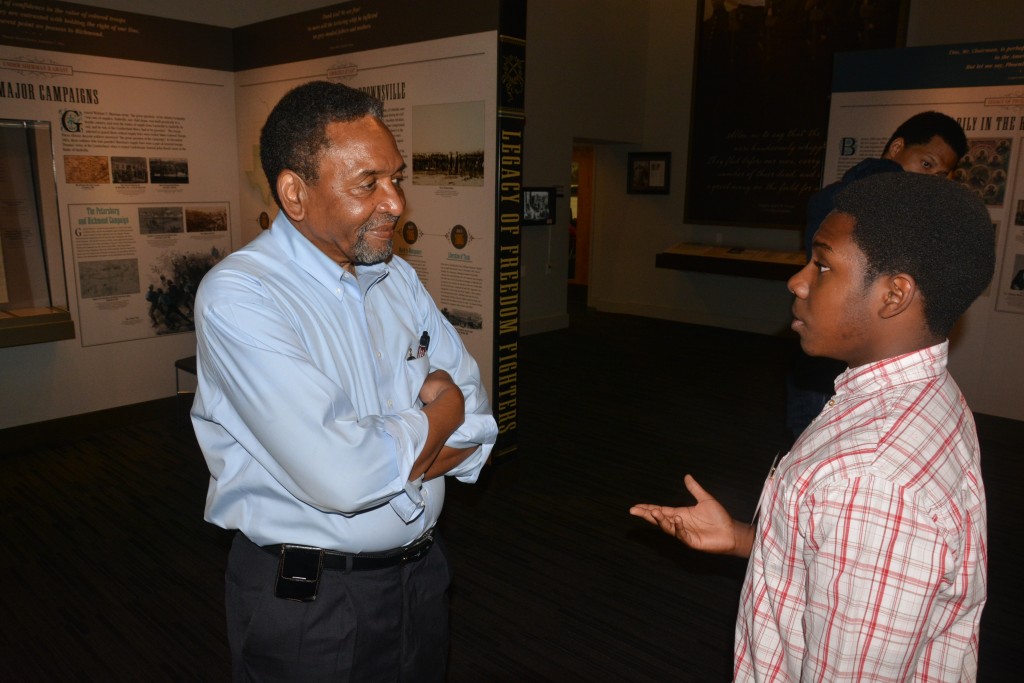 SNCC veteran and AACWM founder Frank Smith hears from Noah Martin about his efforts to document and share history in McComb. Photo by Roy Lewis.

Martin also shares local history in his role as a tour guide in McComb. He co-led a tour for the out-of-state visitors to the student-led voting rights conference in the spring of 2013. He also co-led a tour for his fellow students in the 2013 summer institute on Freedom Schools. Here is a video clip of Martin, on a tour stop at the home of civil rights activist Aylene Quinn, telling his peers about the significance and impact of Quinn’s role in the movement in McComb.

The McComb students’ participation in National History Day and other activities described in this article were made possible by a grant from the W.K. Kellogg Foundation.