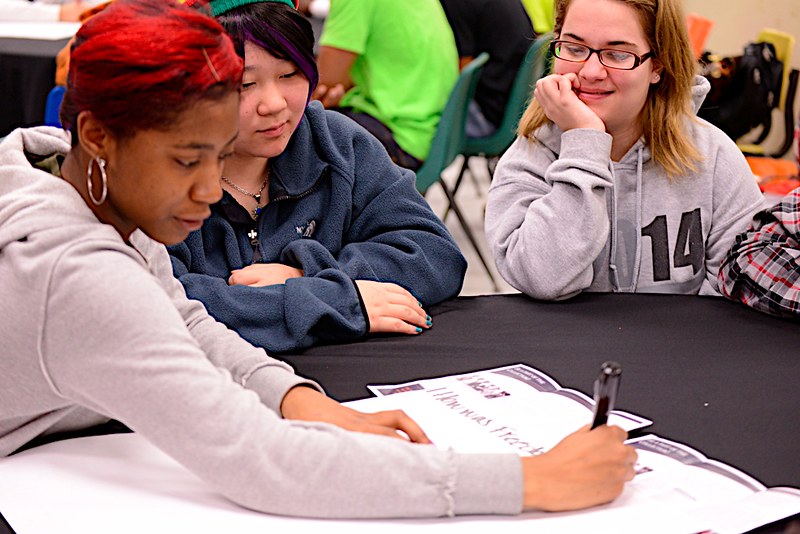 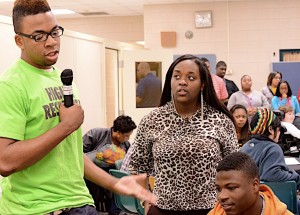 With the Voting Rights Act in the national news, students in the McComb School District held a groundbreaking student conference on the Mississippi voting rights struggle with veterans who made history during the 1960s. Over the course of two dynamic days (Feb. 21-22, 2013), there were student led history tours, interactive panel presentations, oral history interviews, and a community forum. 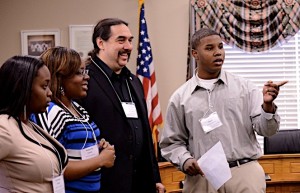 The tone for the two days was set when McComb Legacies student Calvin Dixon led the participatory introductory activity. Rather than long, individual introductions, he had everyone form concentric circles. Then he called out questions for discussion with a partner for two minutes before rotating to the next partner for the next question. 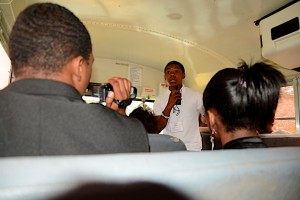 The guests and a group of 9th grade Mississippi Studies students then hopped on a school bus for a tour of the Civil Rights Movement history of McComb. The tour leaders were three high school freshman. The veterans on the tour chimed in with their memories.

Author Tananarive Due, tweeted: “Listening to McComb High School freshmen lead such a confident and thorough civil rights bus tour is an experience hard to put into words.” Read more conference tweets by Due. 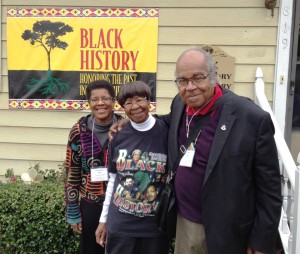 One of the stops was to the Black History Gallery, founded and run by Hilda Casin. Casin, 82 years old, welcomed the group to see her extraordinary collection of photos, primary documents, and memorabilia of local and national African American history. Ms. Casin (center) is pictured here with author Tananarive Due and veteran John Due. 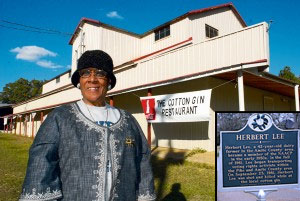 The tour stopped for lunch at the Cotton Gin Restaurant where they met the owner Johnnie Powell. Powell told the students how she secured the historical marker for voting rights activist Herbert Lee. Lee was murdered at the Cotton Gin by state lawmaker E.H. Hurst in 1961. Learn more here. 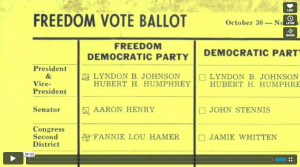 The tour was followed by a youth dialogue with Tananarive Due and a community forum at the McComb Public Library, facilitated by Paul Ortiz.

Attendees at the forum included veterans, students in McComb Legacies, and students in the Young People’s Project. (Two YPP students are pictured here with Tananarive Due.)

The McComb Legacies students showed their film on the struggle for voting rights in McComb. (Click image to see film.) 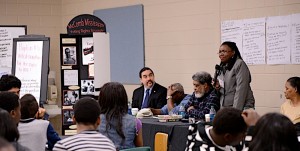 The veterans briefly introduced themselves. In the photo are from left to right: Paul Ortiz, Bobby Talbert, Michael Nobles, Gwendolyn Zoharah Simmons, and Shirley Bates. 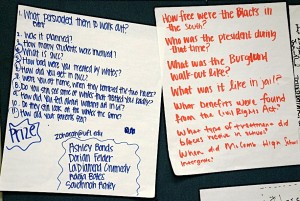 Then students Raykesha Carter and Dominque Taylor led the group in a process called Question Formulation Technique. They asked the students in small groups to come up with as many questions as they could for the statement “People in Mississippi risked everything for the right to vote.” This led to a powerful list of questions at each table. 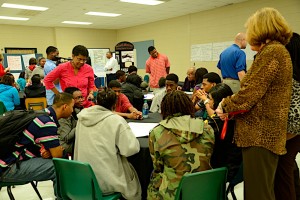 The McComb Legacies students escorted the veterans to the tables with the juniors and a rich dialogue ensued.

The activity was repeated twice, with 75 high school juniors each time.

At the end of each session, some students shared what they had learned. Video clips of those moving testimonies will be posted soon. In the meantime, photos from the student-veteran dialogue are featured at the opening of this article. 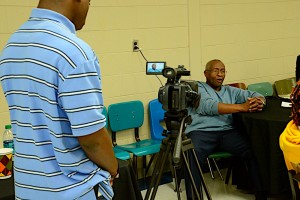 In the photo veteran Robert “Bobby” Talbert is being interviewed and filmed by a McComb student. Veterans Shirley Bates and John Due were also interviewed. 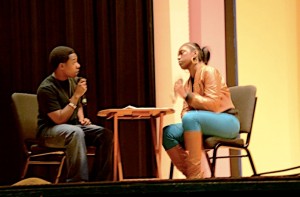 The day culminated with a pep rally in the high school auditorium for the students entering the Mississippi History Day (MHD) competition the next day. Principal Robert Lamkin and history teacher Alan Wheat asked the full high school body to show the History Day entrants the same love that they show the school sports teams before a game. The students’ enthusiastic response may be what led to McComb winning numerous awards at the competition the next day. (Read more.) One of the MHD teams bravely and professionally performed their 10-minute play on the life of Isaiah Montgomery to the assembly. 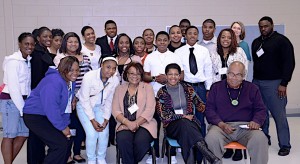 In a debriefing of the two days, everyone agreed that they hope this would become an annual tradition, impacting more students each year.

Here are more photos from the memorable two day convening. Learn more in a GOOD magazine article called “These Mississippi Teens Should School the Supreme Court on the Voting Rights Act.” 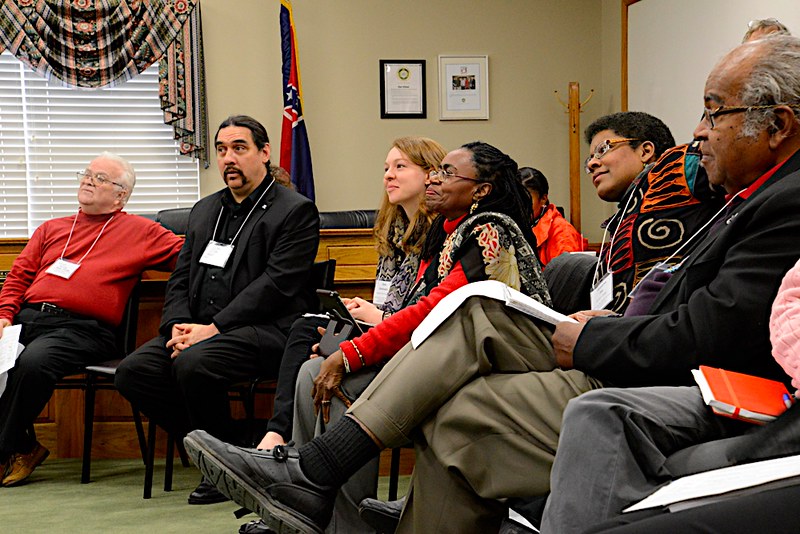 This special event on Feb. 21-22, 2013 was inspired by the participation of five McComb high school students in the September Mississippi Delta Freedom Project. The students so impressed the veterans and historians in the Delta that they asked if they could hold a similar convening in McComb to interact with more teachers and students from the school district. 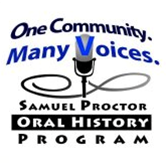 The McComb students quickly learned this was a serious offer. On the day they returned from the Delta, veteran John Due called to start planning. Due, the staff of the Samuel Proctor Oral History Program, and the McComb Legacies teacher (Ms. Falana McDaniel) and students sprang into action. Other teachers and community members joined a planning committee to ensure city-wide involvement.

This two day convening coincided with research and documentation by the McComb Legacies students in preparation for the 2013 National History Day competition.

John Due served as a field representative of the Voter Education Project of the Southern Regional Council which sponsored voter registration in Mississippi. He also served as an attorney for CORE and Student Non-Violent Coordinating Committee (SNCC) organizers. In the spring and summer of 1964, he collected evidence and witnesses of systemic white violence against African Americans in Southwest Mississippi. Due was one of the attorneys in the Young vs Bryant case (representing Dr. Robert Hayling and SCLC Andrew Young), which helped lead to the 1964 Civil Rights Act and the 1965 Voting Rights Act. Through the Patricia Stephens Due and John Due Freedom House Museum in Quincy, Florida, Due continues the work of teaching the history of the foot soldiers in the Freedom Movement. 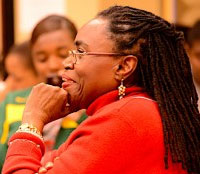 Zoharah Simmons, a former Student Nonviolent Coordinating Committee (SNCC) project coordinator in Laurel, Miss., is a professor at the University of Florida and teaches courses on Islam, Women, Religion and Society as well as African American Religious Traditions. For twenty-three years, Dr. Simmons was on the staff of the American Friends Service Committee (AFSC), a Quaker organization working for peace, justice, human rights and international development headquartered in Philadelphia, Pa. Interviews with Simmons are featured on the Veterans of Hope and the National Center for Civil & Human Rights websites. 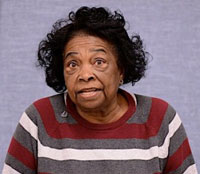 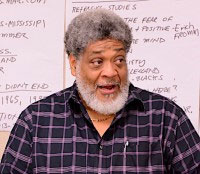 Michael Nobles shared stories on behalf of his uncle, Johnnie Nobles and his father, Ernest Nobles. Both were active in the Civil Rights Movement in McComb. 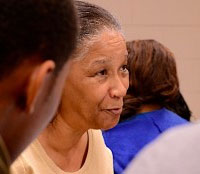 Shirley Bates said she practically lived at the Freedom House in McComb and was one of a group of students who traveled to New York in the winter of 1964. There she met with Sammy Davis, Jr. while her brother met with Malcolm X. The group presented a play in DC and New York to raise funds for the Martin Luther King, Jr. Community Center in McComb. 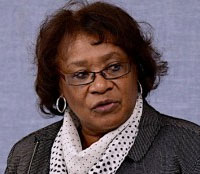 Jacqueline Byrd Martin was a participant in the 1961 student walkout at McComb’s Burgland High School. She was arrested and jailed with other students. See interview online. Martin serves as the Community Liaison for the McComb Civil Rights Movement and Labor History Curriculum Initiative and works with the William Winter Institute Welcome Table. Martin has served as civil rights tour guide for visitors to McComb and is now helping high school students learn how to lead the local history tours. 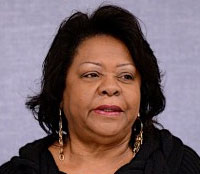 Robert “Bobby” Talbert participated in the sit-ins and Freedom Summer in McComb. Learn more from this oral history interview: http://vimeo.com/6583201 Talbert was recipient of the C.C. Bryant Lifetime Achievement Award in 2011 from the NAACP. Read more. 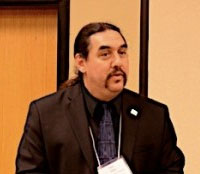 Paul Ortiz, moderator, serves as director of the Samuel Proctor Oral History Program and associate professor of history at the University of Florida. He is the author Emancipation Betrayed and co-author of Remembering Jim Crow: African Americans Talk about Life in the Jim Crow South. 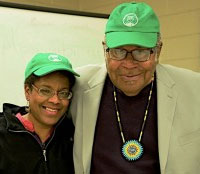 Tananarive Due joined her father, veteran John Due. She is the Cosby Chair in the Humanities at Spelman College (2012-2013) and award-winning author of twelve novels and a civil rights memoir.

Due wrote Freedom in the Family; A Mother-Daughter Memoir of the Fights for Civil Rights with her mother, the late civil rights activist Patricia Stephens Due. Patricia Stephens Due took part in the nation’s first “Jail-In” in 1960, spending 49 days in jail in Tallahassee, Florida, after a sit-in at a Woolworth lunch counter.

This two day event was planned by the students in McComb Legacies (see list below) and their teacher Falana McDaniel with help from Gloria Stubbs (McComb Labor and Civil Rights Movement History Initiative), Deborah Menkart (Teaching for Change), and Paul Ortiz and Diana Dombrowski of the Samuel Proctor Oral History Program. In advance of the event, students in Mississippi Studies and U.S. history classes were introduced to lessons on the history of the voting rights struggle in Mississippi. These lessons were developed in preparation for this event and will soon be posted on line for general access.

The participation of the special guests and the work of McComb Legacies was made possible by a grant from the W.K. Kellogg Foundation to Teaching for Change.