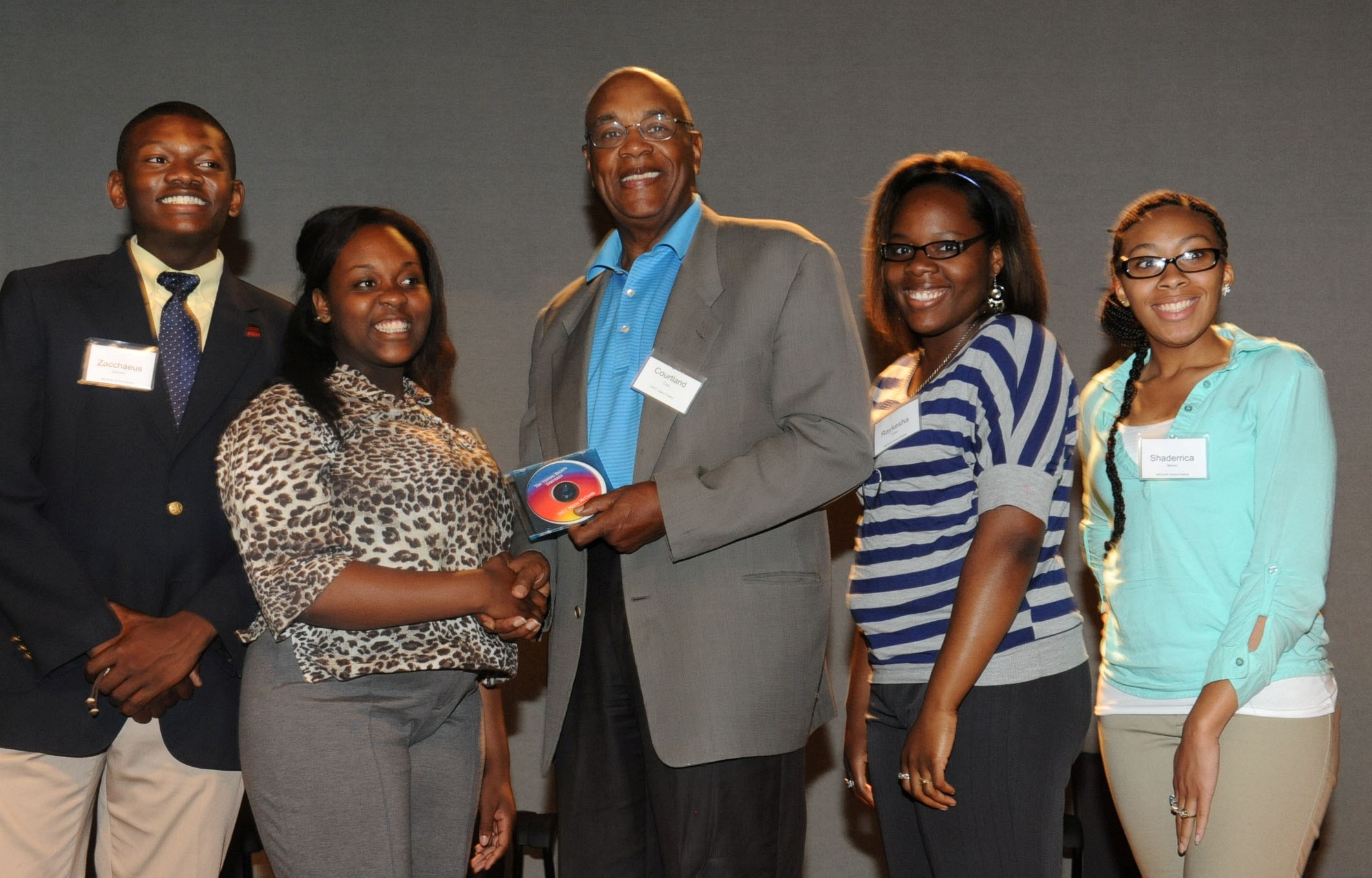 Fourteen high school students and five staff members from McComb, Mississippi arrived in Washington, DC on June 8, 2013 for the National History Day competition. In addition to the competition, their itinerary included museum visits, a public forum to present their historic research, media interviews, a poetry slam, and much more.

One of the highlights of the trip was a presentation at the African American Civil War Museum of their film on the history of SNCC and the voting rights struggle in McComb. The students gave copies of their film to representatives of major institutions, including Courtland Cox of the SNCC Legacy Project (pictured above.) This and more highlights of the trip are described below. 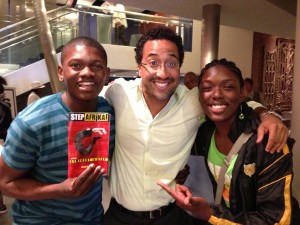 Weekend of Performance and Poetry

Not wanting to waste a minute of their trip, the first stop after landing at the airport, even before their hotel, was a rousing Step Afrika! performance at the Atlas Theater. This was despite a 3:30am departure from their school that morning. The Step Afrika! founding director, Brian Williams, greeted the students from the stage and commended them on their dedication to documenting local history. This led to invaluable conversations during the intermission as people came up to introduce themselves to the students, including the general manager for the Washington Afro Newspaper and a parishioner at Walker Memorial Baptist Church where the former minister is a veteran of the Freedom Rides. He notified the minister, Reverend Reginald M. Green, who attended the student presentation at the African American Civil War Museum. Clearly the students caught on quickly to the DC tradition of networking and outreach. 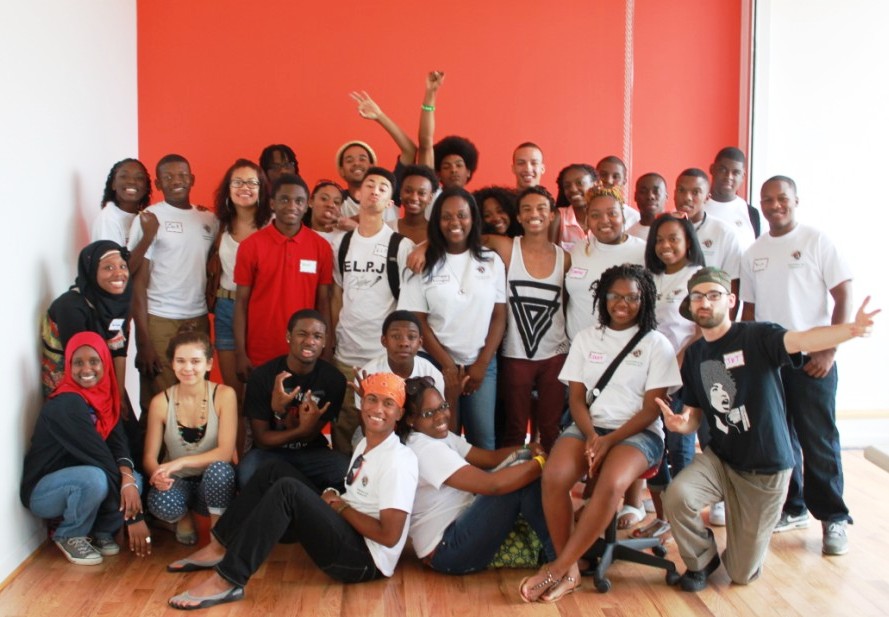 On Sunday, the McComb students spent a memorable afternoon with the Split this Rock DC Youth Slam Team at the Anacostia Arts Center, facilitated by DC Louder Than a Bomb coordinator Jonathan B. Tucker.

The students engaged in a series of small group discussions with prompts such as:

The dialogue was followed by a poetry slam in the Arts Center theater with entrants from DC and McComb. Each poet left one convinced it could not be topped, and then there was yet another “knock your socks off” poet and poem. 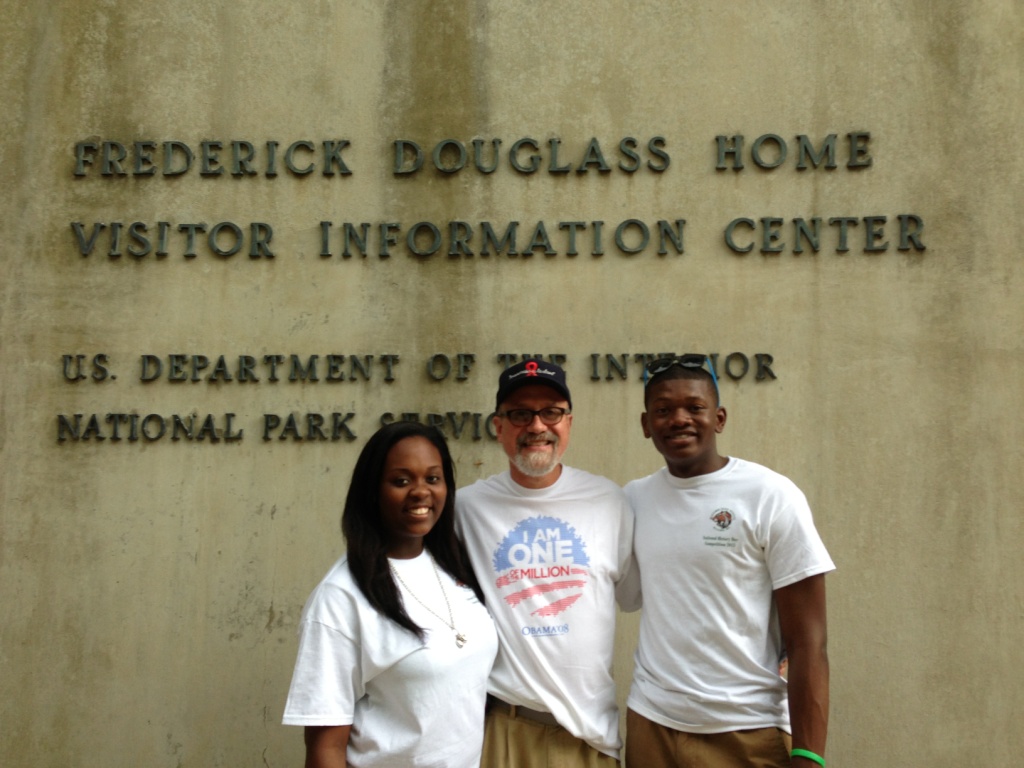 The actual competition was held on June 11. While the four entries did not win national awards, the judges were genuinely interested in their unique topics.

Public Presentation and Recognition: Beyond the Classroom

That same evening the students presented to another audience, SNCC veterans, historians, teachers, students, and members of the community at the African American Civil War Museum.

On stage, students described their projects, showed the film, and presented the film to key institutions including the SNCC Legacy Project, the African American Civil War Museum, the National Museum of African American History and Culture, the University of the District of Columbia History Dep’t., Mary Beth Tinker (Tinker vs. DesMoines), and the New Abolitionist Association. 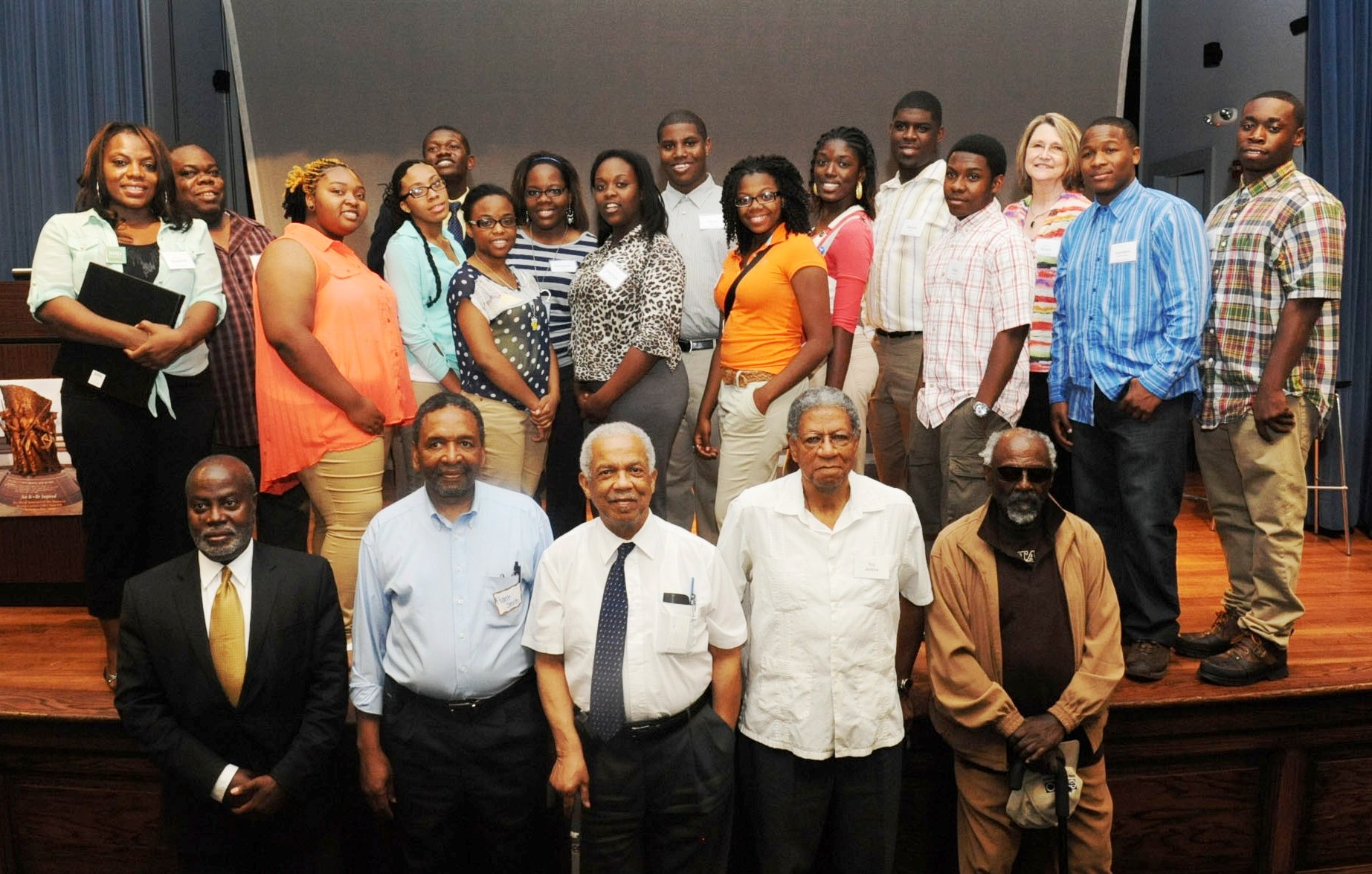 As Deborah Berry reported in the Clarion-Ledger, the response to the students’ work will lead to national visibility. For example,

“It’s about history and bringing history alive through the young people,” she said.

Harmon-Martin said the documentary will be among the first films UDC will showcase as part of a project with the Association for the Study of African American Life and History.

The Washington Afro also published an article, quoting student Dominque Taylor about the need to bring this history home:

“I’ve learned that is our responsibility to show the history,” Taylor said. “It is very essential that I learn what happened in our history, in our local community, so that I can share it with other students and let them what we know.”

Below are scenes of the reception. 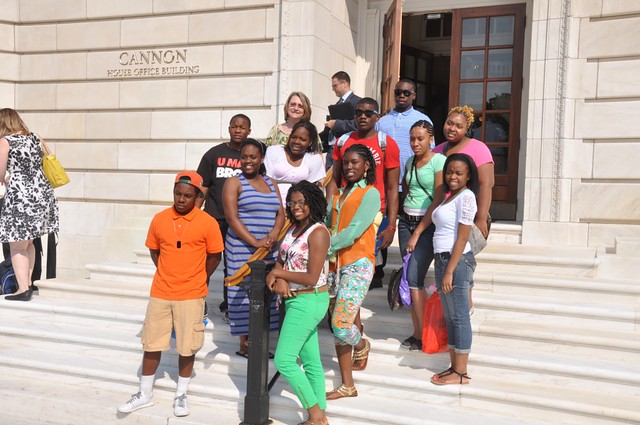 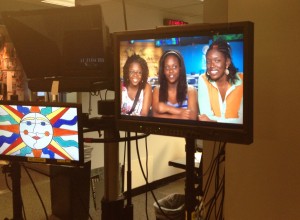 Three students had the special opportunity to visit CBS News thanks to an invitation from Futures Editor Lois Dyer. She provided the students a tour of the newsroom and recording studio. They met Bob Schieffer of Face the Nation who told them about his first reporting job — covering James Meredith’s fight to desegregate Ole Miss. Schieffer said that this was the scariest assignment he has ever had, and this despite his reporting from the war in Vietnam. Other groups of students participated in an expeditionary learning review at a high school, attended a lunch time forum on school reform with Junius Williams, visited the campus of Howard University, and stopped by Busboys and Poets.

The 2013 trip to DC for National History Day was funded by the McComb School District, student fundraising, and a grant from the W.K. Kellogg Foundation to Teaching for Change. 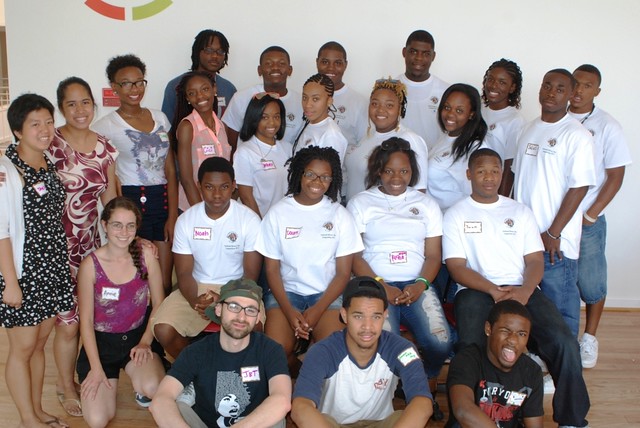 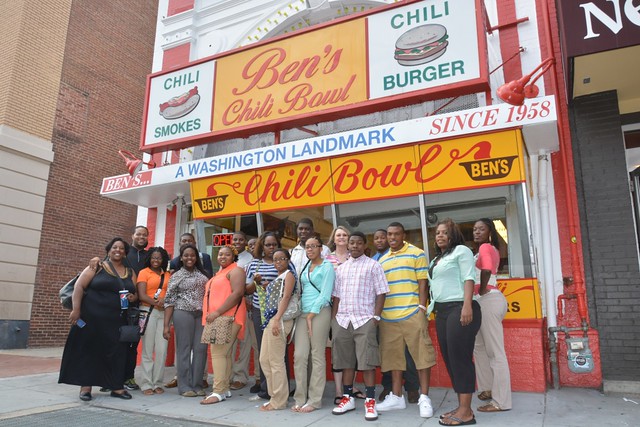