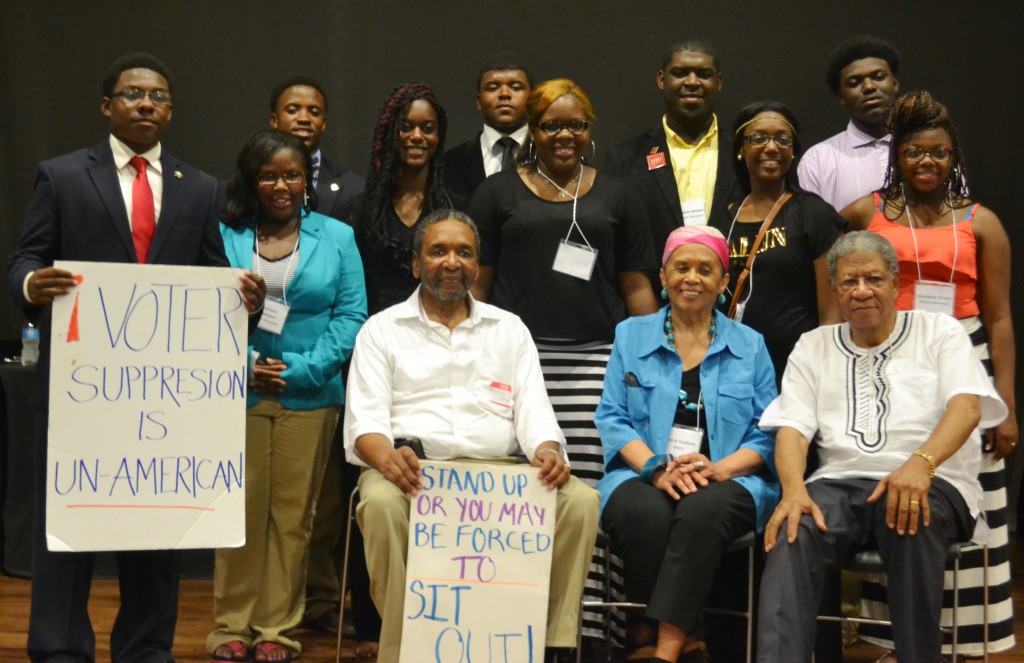 Students and SNCC veterans. Mr. Jenkins  is seated on the right in the first row.

Students from McComb, Mississippi shared their National History Day Projects at a reception at the African American Civil War Museum on June 17, 2014. There were 40 guests in attendance, including teachers, community members, and activists.

Here are the remarks from Timothy Jenkins.

One of the current myths is that the Civil Rights Movement is over, but if you read the newspapers, you’ll see that that’s a lie. In the state of North Carolina they’re now enacting legislation that will prevent people from registering before the election. They changed the laws so that people can’t register on the day before, it has to be a week before.They raised other kinds of problems that have affected other states, not just Mississippi, places like Arizona, places like Utah.

You must not think that the struggle of the 60’s is over.

One of the things I happened to be doing was going through some old tapes that I had made from my little battery driven, Hitachi tape recorder. I made those tapes in 1962 and 1963. I listened to them and I listened to the songs. What I really had satisfaction in was that we were better than we knew. I think that’s the important thing to remember; that we can be better than we know and the challenge of the next generation is to be better than you think you are. 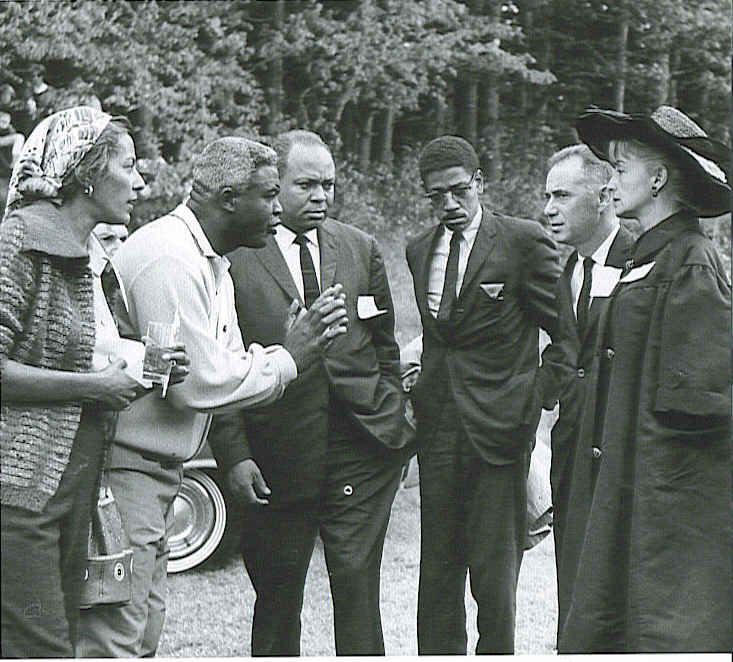 From left to right: Marian Logan and Jackie Robinson in discussion with James Farmer of CORE, Timothy Jenkins of SNCC, and the parents of Andrew Goodman. Image source: “Jackie Robinson: An Intimate Portrait” p. 185.

It is one of my great satisfactions that we’re going be holding a 50th reunion of Freedom Summer and people will be coming back from across the country.

But let’s remember why Freedom Summer was important and why it succeeded. We made a decision–Bob Moses, Charlie Jones, Charlie Sherrod, Chuck McDew–that as long as black people were being brutalized and being killed and locked up, the country wouldn’t care. That we had to take an initiative to get some white people heard to get some white reporters down there to cover the news and get on nightly news, and make people know that this is not a peculiar problem that only affects black people.

So this is not a celebration of what has been accomplished, this is a date for a commitment to what we have yet to do.

We can be better than we think we are, we did it once, and we can do it again.