Connection with a Freedom Rider

They began by asking how he got involved in the Freedom Rides. He informed the students that he initially went to the Greyhound Bus station to see the Freedom Riders. Once he arrived, he was mistaken for a Freedom Rider, arrested, and sent to Parchman Prison. He was only 13 years old. 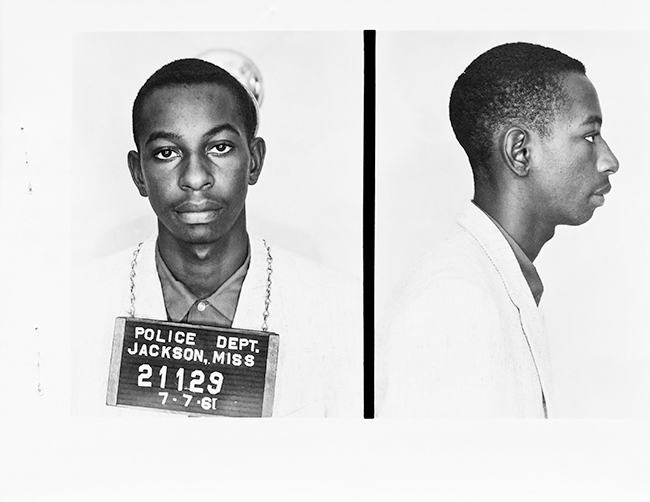 Photo from “Breach of Peace” by Eric Etheridge.

Watkins explained that the humiliation stuck with him more than the beatings. He doesn’t think that he will ever get over being spat in the face. When the Freedom Riders were arrested, they were taken to jail in the back of garbage trucks that were already filled with garbage. Watkins told the students that this experience inspired him to get involved with the Civil Rights Movement.

The students said the interview enlightened them to many things that they did not know. 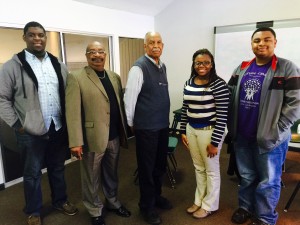 A few weeks after the phone interview, Mr. Watkins came to McComb to meet with the students in person. He gave a detailed account of the humiliations, violence, and imprisonment that he and other Freedom Riders faced.

He said that he respects Dr. Martin Luther King, but that it was the people who were working behind the scenes who played a vital role in the movement. He encouraged the students to go beyond King and thanked them for even considering doing a project on the Freedom Riders.

The students had powerful reflections on Mr. Watkins’ visit:

It was just amazing to here a first-hand account of what happened. We never learn the whole truth in the textbooks. Mr. Watkins shed a lot of light on the violence they they endured. I had heard that the riders were put in jail, but I never knew that they were put on death row. Mr. Watkins said that he had never been this afraid in his entire life. — Omar
Mr. Watkins encouraged me to want to research and share more about the Freedom Riders. He is very passionate about the work ahead. — Asia